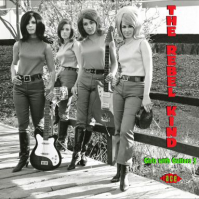 Girls With Guitars - The Rebel Kind