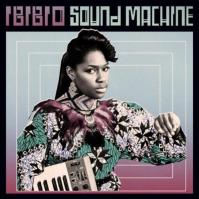 Ibibio Sound Machine are set to release their debut release through Soundway Records. Fronted by British / Nigerian vocalist Eno Williams, they combine elements of West African highlife, disco, post-punk & psychedelic electro soul. From the banging sub-bass of 'Lets Dance' to the spiritual, gospel-tinged notes of the album's opening track 'Voice of the Bird', the band have turned in a dynamic and, at times, beautiful take on modern afro-soul music. Folk stories, recounted to Eno by her family as a child in her mother's South-Eastern Nigerian Ibibio language form the creative lyrical fabric of the album. A large dose of electronic elements and an approach as influenced by their hometown of London as much as by West Africa, give the vocals and guitar lines space to breath without being overwhelmed.