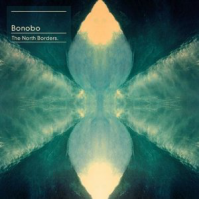 It's been almost three years since the release of Bonobo's masterful, mould-breaking Black Sands, an album that saw him touring a hypnotic live show across the world for well over a year.
Now, in 2013, he stands ready to take things up yet another notch.
The North Borders is a long stride forward - both a natural evolution and a continuation of the electronic palette of Black Sands. Thematic, resonant, addictive and perfectly formed, it's a thrillingly coherent statement piece.