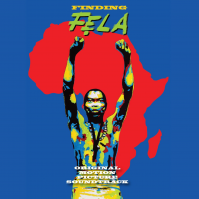 The soundtrack to the film 'Finding Fela' tells the story of Fela Kuti's life, his music, and his social and political importance. This in-depth look at the man who created Afrobeat (the fusion of Jazz, traditional West African rhythms, Funk, Highlife, and psychedelic rock) includes 17 of Fela's classic tracks plus a never-before released live version of "Colonial Mentality" recorded at the New Afrika Shine in Fela's hometown of Lagos and features Femi Kuti on saxophone. With his audacious music and much courage, Fela helped fight corruption and autocracy in freshly democratized Nigeria.