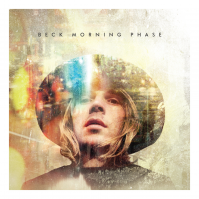 Touted as one of the most anticipated albums of 2014 by Mojo, Q, NME and the Sunday Times, â€˜Morning Phaseâ€™ is the upcoming 12th album from Beck - his first for six years. The album has been described as a â€œcompanion pieceâ€ to the largely acoustic â€˜Sea Changeâ€™ released in 2002. Jack White worked with Beck on three of the tracks on the album which also features Meidal-Johnsen, Joey Waronker, Smokey Hormel, Roger Joseph Manning Jr and Jason Falkner.