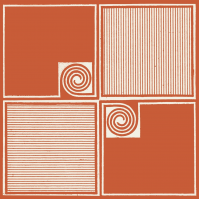 Worship The Sun is an apt title for the second album from the LA-based group Allah-Las, the follow-up to their self-titled 2012 debut. When The Distillery, the all-analogue studio in which their eponymous debut album was recorded closed it's doors for the final time, Los Angeles Allah-Las could easily have forgone their sound and turned to a non-descript location to record their follow up. Yet Worship The Sun is a continuation in the bands authentic West Coast vibe staying true to their home-grown dwellings it was laid down in numerous locations across LA. We've had great experiences touring; we've been influenced by new environments and were always digging for new records, books, art and inspiration but there's always a bit of anxiety as well, tells drummer Matthew Correia. We've skirted the law a few times, gotten out of some tight situations and luckily emerged unscathed; touring has given us a real appreciation for time at home. Worship The Sun is exciting and evocative, revealing the maturity of a band no longer starting out but working at the top of their game. If you've been waiting for more of that warm hazy sunshine goodness, well brace yourself for warmer climates, the outlook is good and it goes to show that you can take the band out of LA but can't take LA out of Allah-Las.