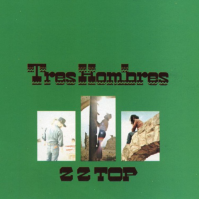 From their inception in Houston, Texas in 1970, ZZ Top “That Little Old Band From Texas” have gone on to become world famous, multi-million album selling, rock royalty - earning an induction into the Rock And Roll Hall of Fame on the way.

Their third album, released in 1973 was the first of many times the band worked with Terry Manning as engineer. It proved to be a successful partnership as this was the band's first commercial breakthrough, entering the top 10 in the US album chart while the single "La Grange" reached number 41 on the singles chart.