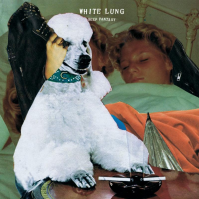 The band is every bit as confrontational as on their previous records, but theyâ€™ve managed to open their sound up just enough to draw listeners in before kicking them in the face (in a good way). Itâ€™s part-sweet, part-vicious, snarling, straight ahead punk rock. The trio's second LP Sorry won raves from Pitchfork, Rolling Stone and Interview for its devotion to punk in its purest form, with lead singer Mish Way's vocals carrying the listener through the sweetest and most hellish realms of the genre, along with Kenneth William - guitar, AnneÂ­ Marie Vassiliou- drums, they will be joined on tour by Wax Idols' Heather Fortune on bass as they descend on New Zealand for the first time.