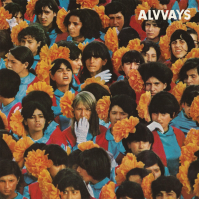 Their aesthetics hover somewhere between the sun-drenched shores of California and the preppy Scottish countryside, as surf-pop riffs coast over singer Molly Rankinâ€™s impassive voice which, at its most detached, resembles a starry-eyed Tracyanne Campbell. With seamlessly layered guitars that harmonize with Rankinâ€™s sugary chorus, Alvvays may not bear the same sonic signature as VanGaalen, but the producer's influential touch is present nonetheless.