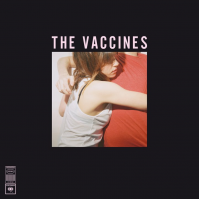 What Did You Expect from the Vaccines?

Oh, how some people will love to hate The Vaccines.

The bad news for all the poison keyboards and general chin-stroking haters of success is that despite feeling as manufactured as a box of Lego, The Vaccines are in fact good. Hell, they're really good, and What Did You Expect From... delivers to its carefully chosen demographic in spades, underlining a potential which even the Ã¼ber cynical would be forced to admit points to the kind of success the band themselves seem fairly ambivalent about. Or at least that's what they say in public.