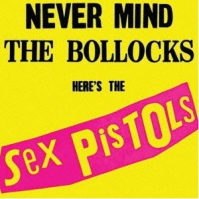 An album like 'Nevermind The Bollocks... Here's the Sex Pistols' needs no introduction. Widely regarded by fans and critics as one of the most important records in the history of rock music, it still sells as well as it resonates 35 years on from its first release. It is a record that challenged everything and inspired generation upon generation of future artists - themselves some of the greatest that were to ever exist