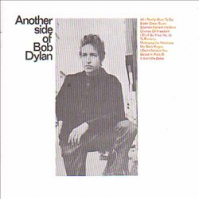 Another Side of Bob Dylan

This set captures a still-growing Dylan on the edge, just before he makes the jump to rock & roll, continuing to expand the notion of folk music with openhearted, unprecedented compositions and performances like "All I Really Want to Do", "Chimes of Freedom", "My Back Pages", and "It Ain't Me Babe". If Dylan's previous album The Times They Are A-Changin' was a bit too literal and focused on current events, Another Side indulges Dylan's more mythic and expansive side, making more rumour for the humour that would explode when Dylan formed a band. It's just Dylan, guitar, and harmonica here, but Another Side is a rock & roll album without that band.