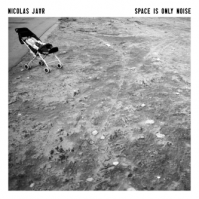 Space Is Only Noise

Nicolas Jaar has a fascinating lineage: Heâ€™s the son of acclaimed Chilean visual artist Alfredo Jaar and remains enrolled at Brown University as a comparative lit major. The singular beauty and innovation captured on Jaarâ€™s debut, â€œSpace Is Only Noise,â€ eclipses his background, however.

British singer James Blake has of late garnered acclaim for his blend of electronic production and organic soul, but Jaar takes the anachronistic/futuristic hybrid even further. He proves more adventurous, and more listenable: Jaarâ€™s music lurks in the shadows, almost like a soundtrack, then creeps up on you and takes over your world.