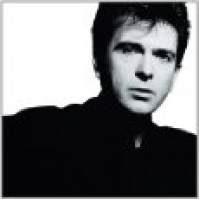 Remastered edition of the classic Peter Gabriel album, released to mark its 25th anniversary.
Originally released in 1986, 'So' became one of the defining albums of the era and landed an international array of multi-Platinum certifications. It includes the iconic hit 'Sledgehammer'.
This 3CD edition also includes two discs of material recorded at Gabriel's live show in Athens, 1987.