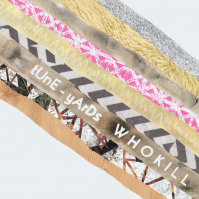 w h o k i l l, the sophomore album by Merrill Garbusâ€™ tUnE-yArDs, is a thrill for fans of the live show that left most stunned in 2010. No longer is her artful songwriting and soulful voice obscured by digital fuzz as it often was on her solo debut, BiRd-BrAiNs. Transplanting herself from Montreal to sunny Oakland, California, while touring almost non-stop for over two years, Merrill has stripped tune-yards away to a more precise, concentrated and vivid sound. w h o k i l l retains the honesty of the lonely bedroom confessional characteristic of her early work, but with the addition of the fangs, claws and dented metal of its new surroundings.