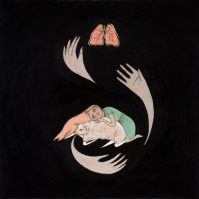 Despite the bandâ€™s young age (Corin is 21, Megan 24) and short gestation (they formed in late 2010), Purity Ring have delivered one of 2012's most assured â€“ and anticipated â€“ debuts with Shrines. Indeed, Shrines feels like anything but a first record - its vocal hooks are inescapable, its lush production futuristic and sophisticated but also as pristine as anything on pop radio. The record's eleven tracks trace a unique aesthetic universe that is carefully crafted and fully realized - deftly walking the lines between trap-rap exhilaration and otherworldly rapture, pleasure-center pop and diaristic emotion, childlike dread and total self-possession. Purity Ring's is a universe that invites exploration and demands revisiting.