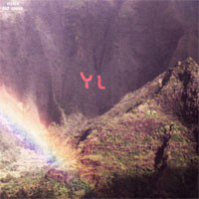 The Year Of Hibernation

Twenty-two year old Trevor Powers, whose musical venture is called Youth Lagoon, has had a long year. Not because heâ€™s been endlessly touring or pursuing some wild dream, but because of life - the life of a kid going to college, being in love, dealing with heartache, and just living.
â€œYouth Lagoon isnâ€™t me.â€ says Powers. â€œItâ€™s merely a part of me. I was in and out of different bands in high school and always tried to define myself by what music I played. I tried to fi nd a sense of meaning by being in a band. But it wasnâ€™t until this last year - when I realized I was more than just music - that I was able to create music that means something to me. And that is Youth Lagoon.â€
Throughout the course of 2010, Powers began to write an album about things he had a hard time talking about. He claims that when he tries to talk about it to people, he doesnâ€™t make sense. So he wrote an album about it entitled â€˜The Year Of Hibernationâ€™. â€œFor my whole life Iâ€™ve dealt with extreme anxiety.â€ says Powers. â€œNot anxiety about passing a test or somewhat normal things, but weird... bizarre things. Things that only I know. I sometimes feel like Iâ€™m literally being eaten up inside. So I started writing these songs. Not just songs about my anxiety, but about my past and my present. Songs about memories, and all those feelings that those bring. I know that if I can be honest about what is inside my mind, there will be others that will be able to relate to it.â€
Although his music seems somewhat dreamy with the first listen, the lyrics show a different side to the matter. Hidden beneath the melodies is a voice that is eerie yet nostalgic. Powers claims his music is like letting people read his journal. â€œI donâ€™t think I could ever write a completely happy album. Itâ€™s not that Iâ€™m not a happy person,â€ claims Powers, â€œbut I just have too many things in my mind that haunt me.â€