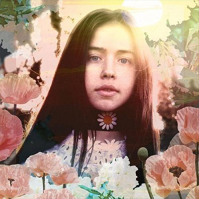 Tomorrow Will Be Beautiful

Flo Morrissey releases her stunning debut album, Tomorrow Will Be Beautiful, on Glassnote Records. Recorded in Los Angeles with Noah Georgeson (Devendra Banhart, Joanna Newsom, Cate Le Bon) and with Philippe Zdar (Phoenix) in Paris, the album is a sublime introduction to this 20 year old Londoner, whose debut single, Pages Of Gold, has already garnered international acclaim. Flo Morrissey's voice and her song-writing possess a timelessness; an ethereal and innocent quality coupled with the weight of an old soul. It's a rare quality, one that calls to mind the work of Karen Dalton, Kate Bush or Joanna Newsom, and that marks her out as a distinct and remarkable talent. While recording the album, Flo has impressed further audiences with select performances at SXSW, Green Man and Wilderness Festivals, and opening for Damon Albarn at Les InRocks festival in Paris.