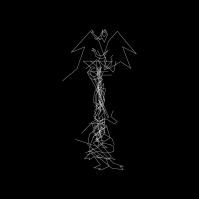 Oneohtrix Point Never's second LP released through Warp Records sees a continuation of the incredible, cinematic sound design for which composer/producer Daniel Lopatin has gained a reputation during his career. Through Garden Of Delete, he finds new inspiration in Ezra, an apparent eternally teen-aged alien figure and sort of new mascot for the record that Lopatin wrote about in an entry on his official website earlier this month. Expect distorted vocals, razor-sharp synth blasts, and an injection of hypergrunge - all underpinned by OPN's unmistakeable production.