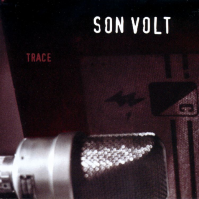 After the breakup of Uncle Tupelo in 1994, Jay Farrar and Jeff Tweedy parted company. While Tweedy created the more pop-orientated Wilco, Farrar produced Son Volt’s ‘Trace’ a year later. The album was an alternative-country masterpiece and a roots-rock journey through America.

Alongside the new 2CD Expanded & Remastered versions of ‘Trace’ that features remastered audio, unreleased demos and live recordings, the original album is being re-issued on 180-gram vinyl. All the tracks on the album were written by Jay Farrar except ‘Mystifies Me’ that was by Ronnie Wood.

The second disc contains an unreleased live performance recorded at The Bottom Line in New York’s Greenwich Village on 12th February 1996. At the show, the band played nearly every song from Trace, covered Del Reeves’ ‘Looking At The World Through A Windshield,’ and performed ‘Cemetery Savior,’ a tune that wouldn’t surface until the following year on Son Volt’s sophomore release, Straightaways.