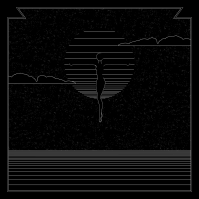 Having forged his career in the dubstep era, with nearly 40 releases to
his name, Synkro AKA Joe McBride has always resisted easy
classification - his music winds together such diverse influences as
Boards Of Canada, dBridge, Burial and Oneohtrix Point Never, whilst
still remaining utterly unique. His trademark warm sonics, and emotive
melodies are ever-present in ‘Changes’ - his much favoured vinyl
samples being joined on this record by a new found love of analogue
equipment.

His recent, lauded work with Indigo under the Akkord name set pulses
racing with what Resident Advisor described as the duo’s “ fiercely
technical take on dance music, one that you could dance to or simply
admire in all its steel-plated glory”. Fittingly, ‘Changes’ acts as a
soothing balm after the intense workouts that Akkord music incites -
from the lush pads and rolling arpeggio pulse of the intro, to the
understated dubstep meets ambient/balearic glory of the title track to
the more muscular ‘Let Me go’ - awash with cavernous, soulful vocals
and melancholic strings, to the epic, hymn like D&B ballad ‘Body
Close’ featuring the dulcet vocals of Lyves, Synkro once again proves
his effortless ability to create cinematic textures and surreal sonic
vistas in long form.