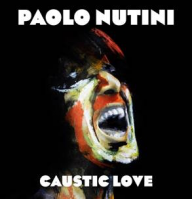 Paolo Nutini returns with a career defining new album that showcases his maverick talent and incredible vocal prowess with a maturity way beyond his 27 years.

Almost five years after the release of his classic â€˜Sunny Side Upâ€™ album, Paolo Nutini steps back in the ring with â€˜Caustic Loveâ€™ an album that aims straight for the heart with a heady mix of stripped down soul and cast-iron funk as exemplified by first single â€˜Scream (Funk My Life Up)â€™.

With Paolo Nutini you never know what to expect and this sparkling new album is no exception. He exploded onto the scene in 2006 with his pop flavoured â€œThese Streetsâ€™ selling 1.5 million in the UK. Three years later he moved on again, with the acclaimed â€˜Sunny Side Upâ€™. Brit nominated, Ivor Novello winner, he was the biggest selling UK male artist of 2009 and 2010.

Now heâ€™s back with a groove laden, dark & stormy musical celebration that looks set to finally establish Paolo Nutini as one of the finest songwriters and performers to emerge from the UK in recent years. Lightning strikes.