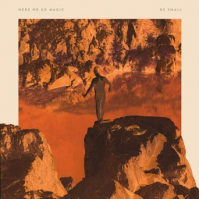 After a three year wait, Here We Go Magic return with their fourth album, Be Small, out worldwide on October 16.

Recorded and mixed by the band themselves, the "overtly major and optimistic" songs on Be Small are a big leap from the live, expansive sounds of 2012's Nigel Godrich produced A Different Ship. Inspired by the likes of Brian Eno and John Cale’s collaborative album Wrong Way Up Robert Wyatt’s Schleep and, this is an album of robust future pop that still continues its route through HWGM’s inimitable path of fidgety prog-rock, blissful melodies and sound collage experimentations but always with a focus on a deep groove.