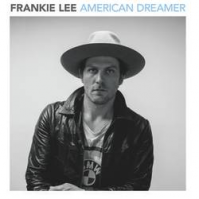 Born on the banks of the Mississippi river, Lee's family later moved to Minneapolis. Following the death of his father in a motorcycle accident when he was 12, Frankie immersed himself in the city's music scene, appearing onstage with local heroes Slim Dunlap (The Replacements) and Curtiss A at the impressionable age of 14. At the age of 20 Lee dropped out of college, re-invested his soccer scholarship funds in a Volvo Station wagon and embarked on a life-long love affair with America's open roads. Lee's first stop was Nashville, where he met Merle Haggard on the same day he drove into town. Lee then moved on to Austin, TX where he spent 6 years working for Townes Van Zandt's son JT building cabinets. Soon after he turned 22, Lee was diagnosed with narcolepsy, and was prescribed methamphetamines to counteract its effects. Over the next two years Lee struggled to find a midpoint between sleepwalking and speeding, and developed a serious drug habit in the process he has since kicked. Eventually, he was taken in by friend and famed engineer Patrick McCarthy (U2, REM, Madonna). The move proved pivotal in Lee's songwriting career as McCarthy taught him how to listen and record the music he was hearing in his head. In 2010 Lee moved back from California to Minnesota and has spent the last 3 years working on a hog farm in rural Minnesota and developing songs for his debut album.