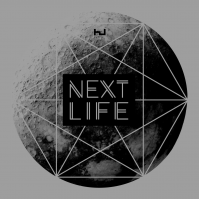 'Next Life' is a compilation of new material from Chicago's primary footwork crew, Teklife, carrying the torch for the late, great DJ Rashad, who passed away earlier in 2014. Packed to the limit with hyper-kinetic rhythms and manically chopped samples, there is nothing quite like this disc of pure energy currently in circulation. Not only does this album feature some of footwork's originators such as RP Boo, Traxman, DJ Spinn, Gantman, Manny and DJ Rashad himself, but it's also loaded with the elite of Teklife's second wave, DJ Earl, Taye, Boylan, Phil, Taso, Sirr Tmo, Tre and Heavee, plus extended members of the Teklife family from around the USA (Durban, Tripletrain, DJ Chap) and Europe (DJ Paypal, Jackie Dagger & Feloneezy), who were welcomed in by DJ Rashad & DJ Spinn while on their extensive travels spreading the footwork gospel. The CD bristles with rhythmic ingenuity and hypnotic vocal science. Frantic tracks such as Spinn & Taso's 'Burn That Kush', DJ Taye & DJ Manny s dazzling 'The Matrixx', DJ Earl & DJ Taye's thumping 'Workin Da Bass' and 'Do this Again', DJ Phil's 'Godz House' and DJ Tre's 'DNB Spaceout' sit alongside warped hi-energy rave cuts such as DJ Paypal's 'FM Blast', Feloneezy, Jackie Dagger and Paypal's 'U Should No', DJ Chap's 'Glacier Bae', Tripletrain's 'Never Could Be 2' and Taso's 'Get Down Low' and more laid back, stoned affairs such as DJ Manny's 'Harvey Ratchet' and Durban's 'I'm So', moving into patches of melancholy introspection with Traxman's 'Sit Yourself Down' and Sirr Tmo's 'Live in Chicago Subways', or the hypnotic vocal science of RP Boo's 'That's It 4 Lil Ma', the chip-tunes footwork of Heavee's '8bit Shitt' and DJ Rashad's totally wired 'OTS'. The CD bears out the full spectrum of moods at which DJ Rashad excelled. 'Next Life' is a fitting tribute from his musical family to a true hero of electronic music who will be sorely missed for years to come. All profits from sales of this CD will go to DJ Rashad's son, Chad.