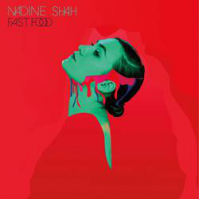 The inimitable Nadine Shah releases her second album, 'Fast Food' via Apollo Records. It's an intense, brooding and mournful album. If you thought debut album 'Love Your Dum and Mad' was dark - then 'Fast Food' pushes it to even darker places. The album was once again recorded at The Pool in London with Producer Ben Hillier, Peter Jobson (I am Kloot) on Bass and Nick Webb (guitar). Her gothic, jazz-influenced chamber pop is both lushly atmospheric and chillingly sparse, while the 27-year-old's pure, powerful vocals have drawn comparison to both a young PJ Harvey and time-ravaged Marianne Faithfull