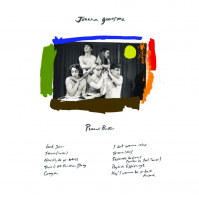 Rival groups will be disappointed to learn that the record is a further experiment in combining hyper-melodic pop music with sonic violence. Officials have confirmed that the album contains a record number of hooks, traces of nut and elements of jangle pop, British hardcore punk, atonal music, screaming and drone organs. Yet they have issued warnings of "a marriage of radical politics with peanut butter spread". One authorised statement reads: “Weighing in at a concise 25 minutes, the album hurtles through its ten songs, each one a succinct, powerful gem.” Like their debut, the new album was recorded by MJ from Hookworms, with the aim of heightening the group's "pop" and "aggressive" elements to excessive and hitherto unrecorded levels. As songwriter Owen Williams explains: “We tried to make it shorter, more economical and attempted to pack as many hooks and screams in as quickly possible in order to avoid short changing the consumer or wasting her/his/their time. Lyrically it’s more obtuse and surreal but also attempts to mock trad masculine rock themes whenever things do get more lucid. But sometimes musically we embrace them by doing embarrassing guitar solos. I'm not sure how much else I'm at liberty to say but one thing I will disclose is that the record is a response to threats posed by rival groups." The record has also seen the group explore new and potentially dangerous lyrical territory. Opener Last Year is reportedly about experiencing personal tragedy and the occult in a waterpark and a pizza restaurant. Yet Jamie (Luvver) is a straightforward pop song about having a crush on someone named Jamie, queer literature and Welsh public transport. These tracks are followed by the incredibly catchy Honestly Do Yr Worst, a song about espionage, rival groups and the radical possibilities of peanut butter spread. Things become surreal on There Is No Function Stacy, a song about “someone called Stacy who wrongly believes a party is happening that she’s been invited to. The narrator has to painfully explain to her that there was never a party and she fabricated it all”, while on Crayon Williams addresses his approach to lyrics directly. “Sometimes you can undermine hetero macho rock shit through nonsense words, obtuse statements, action, melody, sound or aesthetic rather than through traditional lyrics.” Speaking confidentially, one official confirms that “The sixth track, I Don't Wanna Relax, is yet another hook-filled potential single. This is swiftly followed by Jerome (Liar), a fan favorite based on a subversive folk tale.” On Separate Bedrooms, the group cover a song by Bristol DIY act Black Terror (now performing as “CUP WINNERS' CUP”), a group known for their attention to melody. The penultimate track is the “crushing, sparkling” Psykick Espionage, a song about telepathy and the occult in rock’n’roll, and “the first time I ate an avocado”. The record is brought to a close by Hey! I Wanna Be Your Best Friend, a heartwarming number about radical friendship and Thin Lizzy appreciation. Under media interrogation, guitarist George Nicholls confesses to the themes of the record: “It’s about radical politics, fancying people and espionage. The first record was more about violence and revenge fantasy, whereas this one is more about peanut butter." Comprised of Alanna McArdle (vocals), Owen Williams (guitar), Max Warren (bass), George Nicholls (guitar & organ) and David Sandford (drums), the band members originally met on a wine tasting holiday