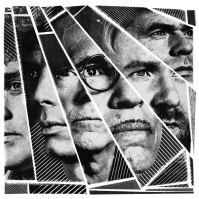 The seed of FFS was sown around the time of Franz’s debut album when word got back to the Maels that the band were big Sparks fans. “We thought ‘Take Me Out’ was very cool, and wouldn’t it be nice to say hello when they came to Los Angeles?” recalls Russell Mael. “We met and decided then it would be great to do something together. We put forward a couple demos, one was ‘Piss Off’. But they got swept up by everything, and it didn’t happen at that time.”

Fast-forward to 2013 when both Sparks and Franz Ferdinand appeared at Coachella. On the day of Sparks’ warm-up show in San Francisco, Kapranos was in the city trying to locate a dentist when he heard a voice behind him: “’Alex, is that you?’ It was Ron and Russell. They invited us down to see them play that night. We said hello after, and everyone agreed that the 10-year gestation period for this idea was long enough------- we should try and make it happen now.”

FFS was recorded during an intense 15-day period in late 2014. “We approached it the way bands do with their first record,” says Kapranos. “We had the songs first, rehearsed them and then recorded it all together, in a room. So no hanging around or fannying about.”

Very much a ‘new’ project, FFS doesn’t truly sound like either band, but a striking and fascinating mutation. “The real motivation was to make something new, not ‘Franz featuring Russell Mael’, or ‘Sparks with Franz Ferdinand backing them,” says Alex Kapranos.

“You can’t chart what is Sparks and what is Franz Ferdinand,” suggests Ron Mael. “I think each band unconsciously relinquished a little of who they were in order to enter new territory.”