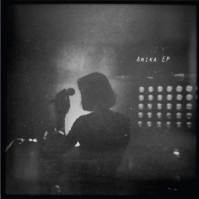 Drawing together a number of moods, styles and genres under her own inimitable style, Anika s latest EP contains cover versions of some of her favourite artists, both classic and modern, and two original tracks. Anika brings the heritage of Bristol s thriving music scene to her new base in Berlin, where she works with her producer, Geoff Barrow and BEAK>, who are also her touring band. Barrow was initially on the search for a vocalist for his experimental band but it soon became clear that Anika was a collaborative project in its own right. Inspired by classic garage rock, hazy electronica, pop and dub, the EP was recorded in Bristol at State of Art Studios. Recently performing with her new Berlin-based lineup across Europe, including a home show in Berlin's legendary Berghain club, Anika has just confirmed a long-overdue return to the UK, joining the bill for the Yeah Yeah Yeahs curated ATP at London s Alexandra Palace on May 4th 2013. The Anika EP is Anika's debut on Stones Throw, and contains covers of The Kinks I Go To Sleep , The Crystals He Hit Me , In The City by Chromatics and Shocking Blue s Love Buzz , as well as illuminating dub versions of previous singles Yang Yang and No One s There by Bristol producer Ratman.