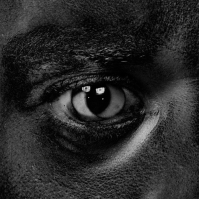 Evolve Or Be Extinct

What is the true mark of the wayward genius of Wiley? Is it that, less than six months after the release of his last full album, 100% Publishing, he has another record all set for release? Is it that he has insisted that it is released on his birthday, Thursday January 19th 2012? Or that he initially refused to release a single from it? That he has made so much music that his fans will receive two CDs, the second with at least eight further tracks on it? Or even that one track on the album has no music (Customs)? No, it's not any of these. It's that we can say, without fear of contradiction (or without much fear), that Evolve Or Be Extinct is the best album (so far!) of this unique artist's career. Dark, funny, wild and exhilarating, this is a record which shows just what Wiley is capable of when he forgets the minutiae of recording contracts and concentrates on the many weird and wonderful facets of his lifeâ€¦