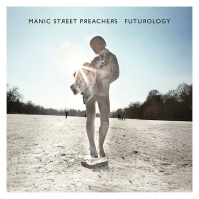 This LP is the follow up to last year's acoustic album 'Rewind The Film' and will be released on July 7, 2014.

Watch the video for the first track to be taken from the album, 'Walk Me To The Bridge', below. James Dean Bradfield describes the song as "an emotional European driving song with early Simple Minds synths and a Heroes-esque Ebow guitar solo."