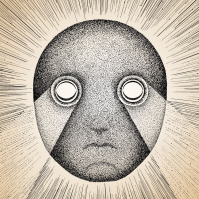 Gossamer is Evan Reiner, the L.A. based producer, guitarist, synth musician and field recorder whose debut full-length Automaton is set for release on cult independent L.A. label Innovative Leisure. Influenced by hip hop, hardcore and jazz guitar, he developed an interest in electronic music while a student at the Berklee School of Music. He began to study movie sound and foley artistry. Pouring sand across cymbals or using spent shells from a gun range for percussion gave him a whole new vocabulary, and he found further inspiration in artists from Ai Weiwei to Maya Duren to Stanley Kubrick to Delia Derbyshire. In the meantime the L.A. music collective and record label The Melt released the Gossamer EP, which VICE described as a masterpiece . For Automaton Reiner began making field recordings in the tunnels under Pasadena s Devil s Gate Dam, on a trip in Japan, under a bridge in downtown L.A or to California s Ansel Adams Wilderness area. At home he would make accidents happen with recorders, samplers, guitar and analogue synthesizers. Automaton is a precise and gentle dreamscape with an ambient atmosphere that recalls Gas, Boards of Canada, Vangelis, and Brian Eno and Jon Hassell s album Fourth World. Automaton is me, it''s my process," says Reiner. "It s a symbol of having accepted that there is a difference between being alone and being lonely.