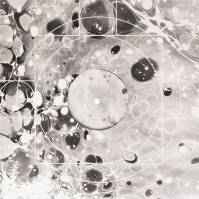 A n a k is the second full-length from Los Angeles-based underground, ambient beat producer Chad Valencia, aka yuk, a founding member of My Hollow Drum DJ collective. Valencia is also co-founder and head chef of rising Filipino pop-up restaurant Lasa. After many years of keeping his passion for culinary arts separate from his personal musical output, a n a k represents a fusion of the two as cultural movements that share the same inspiration. This is yuk s second full-length album, following a d w a, released by Leaving Records in 2010. A n a k artwork & design by Kristian Henson.