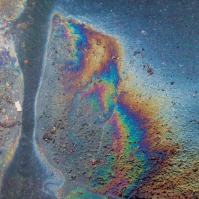 Time Wharp, the eponymous debut full-length of Atlantaborn, Brooklyn-based producer Patrick Loggins, is an uplifting treatise on minimal synth wave and house music. The album reveals a patiently crafted sound rife with depth and subtle complexities. Previous releases, including 2012 s BLK EP for Astro Nautico, fitted simple sine and triangle tones to stripped down emotive beats and bass. On Time Wharp, Loggins extends this sonic signature to combine meditative synthesis with house and techno. The result is versatile, fueling dancefloor excitement and introspective pause in equal share a kinetic calm constantly at play with its own duality. Chopped up live drum patterns and mantric vocal hooks provide the album s rhythmic sediment, with insistent saxophones and walled up synth bliss washing in and out of the stereo field for dynamic effect. On Market Solution and Tophat, mesmeric synthesizers take the fore, brooding and bubbling over no-nonsense four-on-thefloor drum shuffles. The placid library tones and ambient textures of Castle and Median provide a peaceful, contemplative foil, until triumphant, upbeat singles like Cole Dub break the spell, inheriting the glorious soulful clarity and dancefloor efficiency of New York house. Throughout Time Wharp s eight tracks, an air of patience and maturity is born of repetition, the hallmark of a producer who has effectively fused his influences into a focused sound that is his own. A long-time Astro Nautico collaborator, Loggins plays a pivotal role in electronic music scenes in Boston and New York via his JASS imprint. As Time Wharp he has toured Europe and the United States with such acts as Teebs, Baths, Sonnymoon and Low Limit.