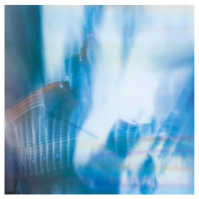 EPâ€™s 1988-1991, a brand new compilation which draws together their 4 EP releases, Feed Me With Your Kiss, You Made Me Realise, Glider and Tremolo alongside 7 additional rare and previously un-released tracks.

Alongside their EPs, the compilation album features a mixture of rare and unavailable and previously unreleased tracks.