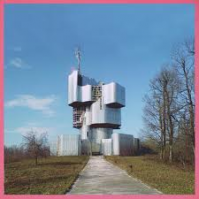 Unknown Mortal Orchestra is the brainchild of New Zealand-born Ruban Nielson, whose defunct power-pop and noise rock band Mint Chicks were gaining steam in his native country, winning five Tui awards, NZ's equivalent of a Grammy, playing the massive Big Day Out Festival, and opening for bands like the White Stripes, Yeah Yeah Yeahs, and TV on the Radio. In 2009, after a fight with his bandmates, the Mint Chicks split and Nielson started working on new solo songs.

Unknown Mortal Orchestra were discovered in late 2010 when Nielson posted a single song to Bandcamp (album opener "Ffunny Ffriends"), which went viral. Fat Possum soon inked the band -- now fleshed out to include Jake Portrait on bass and Julien Ehrlich on drums -- to release their debut.

Unknown Mortal Orchestra is a kaleidoscopic psych-rock gem, which their bio describes as sounding like "Captain Beefheart, Sly Stone, and RZA jamming on some kids' TV theme too dark to ever be broadcast."