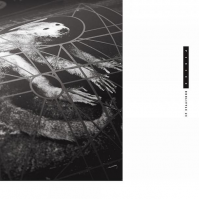 To celebrate its 25th anniversary, 4AD will release PIXIES: Doolittle 25, a deluxe, three-disc package that brings together for the first time all the album's B-sides, Peel Sessions and demos from the time, along with the original album. Nearly half of the tracks on this album are being commercially released for the first time. Set for a December 2nd, 2014 in-store date, Pixies: Doolittle 25 will be available in CD and all digital formats, as well as a double-vinyl edition that features all of the B-sides, Peel Sessions and demos.

Doolittle, the second studio album from Pixies - Black Francis, Joey Santiago, Kim Deal and David Loverng - was to prove a pivotal moment for both band and the wider scene. For the few years prior, the band had enjoyed cult status in their homeland with their early records having to find their way in to the US on import. Their secret was well and truly out in 1989 though when their British label (4AD) joined forces with American giant Elektra in time for Doolittle to receive a full domestic release.

Produced by Gil Norton and recorded between two studios (Downtown Recorders in Boston MA and Carriage House Studios in Stamford CT) in late-1988, Doolittle was an instant hit, containing some of the band’s most memorable singles (‘Monkey Gone To Heaven’, ‘Here Comes Your Man’, ‘Debaser’). A slow-burn success story followed, helping them to sell in excess of a million copies in the US alone.

An important record, included among the many plaudits thrown Doolittle’s way was Pitchfork ranking it at Number 4 in their Best Albums of the 80s poll, while NME writers in 2004 named it their Second Best Album of All Time. The band toured Doolittle in 2009 to celebrate its 20th birthday and 5 years on from then, it’s now time to give it the deluxe release treatment it deserves.

The 3 CD PIXIES: Doolittle 25 contains an impressive 50 tracks with the original album on disc one, 2 full Peel Sessions & 6 B-sides on disc two and the complete album in demo form plus 7 bonus tracks on disc three. A gatefold 2 LP version is also being released, with two pieces of 180g black vinyl being pressed - the first containing 6 B-Sides and 2 full Peel Sessions and the second being the album in complete demo form plus 3 bonus tracks. A download card is included, offering access to all LP tracks plus 4 more bonus tracks.

Like all other Pixies sleeves before it, Vaughan Oliver returns to oversee its design, reinterpreting his original artwork and Simon Larbalestier’s photographs to create a stunning design using metallic ink.