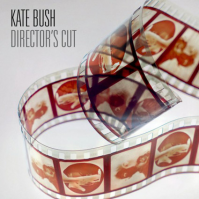 Kate Bush releases an unusual new album â€œDirectorâ€™s Cutâ€ on May 16 on her own label Fish People, in conjunction with EMI.

On â€œDirectors Cutâ€ Kate revisits a selection of tracks from her albums â€œThe Sensual Worldâ€ and â€œThe Red Shoesâ€, a process that presents a fascinating portrait of an artist in a constant state of evolution. She has re-recorded some elements whilst keeping the best musical performances of each song â€“ making it something of a directorâ€™s cut but in sound, not vision.
A new version of â€œDeeper Understandingâ€ will be released as a single in April. Although written some twenty years ago, the song may be more relevant today than everâ€¦
Kate is currently working on new material although no release date has been set for this.