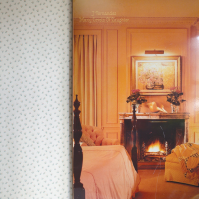 Many Levels Of Laughter

"There's a certain, undeniable feeling associated with the songwriting of J. Fernandez. There are plenty of familiar touchstones and influences deep and intricately woven; Marquee Moon guitars, an affectless, Kraftwerk-ian singing style, psychedelic dissonance and melodic structures not entirely unlike The United States of America, and a modern warmth like Chris Cohen's work with The Curtains and Deerhoof. But, dropping these names doesn't adequately sum up what J. Fernandez has captured here. On Many Levels of Laughter, he has invited us into his own, very special, Universe. One that presumably exists only in his head, or at the very least in the Chicago bedroom where he recorded the album, alone. Giving yourself over to this record for 36-or-so minutes is a bit like agreeing to Gene Wilder's version of The Wondrous Boat Ride, you're going to experience things you don't expect. Some of it will be immediately wonderful, some of it will be confusing and magnificent. Only, instead of a nightmare-fueled, psychotropic freak-out, it feels more like a Brian Wilson daydream, magically stepping into the scraps of tape and interlude left on the cutting room floor once they finally got around to assembling SMiLE." - Mike Adams. Tracks : Between the Channels, Markers, Read My Mind, Casual Encounter, Filled with Joy, Holy Hesitation, Souvenirs, Apophis, Melting Down.