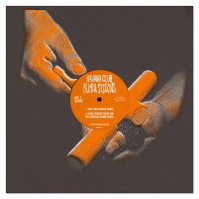 The latest chapter in the long standing relationship between Gilles Peterson and the music of Cuba sees him explore the roots of rumba through a project comprising three parts a feature length documentary, a collection of remixes and a free sample pack. Produced in collaboration with rum maker Havana Club # creator of the Havana Cultura platform to promote contemporary Cuban culture # this is another episode in a six-year relationship that's already given vital exposure to different aspects of Cuba's thriving music culture through the Havana Cultura album series. Peterson worked with the island's esteemed rumberos to record authoritative versions of the three rhythms as well as discuss what differing meanings and origins are attached to each. The recordings of rumba's three key styles were handed to a crop of producers working in the orbit of the most interesting corners of club music, allowing for an exciting, global re-interpretation of rumba's roots. The result is Havana Club Rumba Sessions a collection of remixes that's as varied as you'd expect from a roster of producers spread across locales as wide as South London to Japan and beyond. Japan's Daisuke Tanabe & Yosi Horikawa tease out the rhythm to a careful balance between percussion and undercurrents of bass France's débruit ratchets up the tempo in a beautifully polished rework that slots the click of the percussion into a steady bounce Canada-based Poirier keeps things steady with delicate melodies adding an emotive edge and Djoyvan brings a modern Cuban energy to the mix.