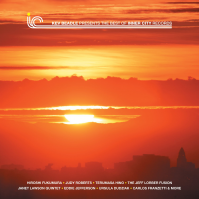 Created by industry legend, MMO Music Group founder and true godfather of karaoke (but that’s another story) Irv Kratka alongside producer Eric Kriss, Inner City Records was formed in 1976. During its decade or so in existence, the label put together a formidable catalogue of jazz music and was voted Record Label Of The Year in 1979 by the International Jazz Critics Poll. As well as ‘classic jazz’, the label also gave a platform to more avant-garde material and dabbled in the emerging ‘jazz fusion’ sounds of the day. Fondly remembered by jazz lovers everywhere, the label boasts a particularly fervent fan-base in London, where many of its releases found favour in the underground dance clubs of Soho and Convent Garden. Fittingly enough, London DJ and tastemaker Kev Beadle is the man chosen to put together this very special compilation of Inner City’s finest moments. Having previously curated projects for labels such as Blue Note and Cadet, Kev has dug deep in the crates to emerge with this gem of an album.

From the soaring vocals of the jazz-fusion classic ‘The Other World’ by Judy Roberts to the irrepressible dance-floor fire of Eddie Jefferson’s ‘Jeannine’, ‘The Best Of Inner City Records’ serves as a wonderful and eclectic introduction to a label which is rightly remembered with a level of affection which borders on reverence.