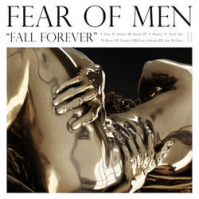 2016 sees the return of Fear of Men with \'Fall Forever\', an album that builds on the melodicism of their acclaimed debut album \'Loom\' and takes it in a bold and modern direction, pushing the limits of their instruments to take on new and alien forms. After extensively touring in support of their acclaimed debut album, Fear of Men decamped in the early months of 2015 to an outbuilding of a disused abattoir in rural Kent, England, to begin work on new material. A two hour bus ride from their native Brighton and a black hole for cell signal, such an environment was fitting for a band determined to strip their sound back to the bone and build it up to make an album that would, on their live return, make the stage shake. On \'Fall Forever\' Fear of Men twisted together sounds and influences from a variety of genres to create their own vision of a dark and modern pop record. Working with producer Tom Morris to gain clarity and presence, they focused on core sounds instead of layers, while still incorporating textures and details that can be discovered upon repeat listens. \'Fall Forever,\' co-produced by Tom Morris and Daniel Falvey, is released on Kanine Records. LP - with Download.