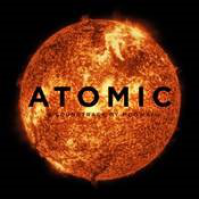 Constructed entirely of archive film, Atomic is an impressionistic kaleidoscope of the horrors of our nuclear times - protest marches, Cold War sabre-rattling, Chernobyl and Fukishima - but also the sublime beauty of the atomic world, and how x-rays and MRI scans have improved human lives. Mogwai’s soundtrack encapsulates the nightmare of the nuclear age, but its dreamlike qualities too. It is the latest in the band’s series of impressive soundtracks and scores, following acclaimed albums Les Revenants (The Returned) and Zidane: A 21st Century Portrait.

Cousins says of Atomic, the film: “I’m a child of the nuclear age, and in my teens I had nightmares about the bomb. But physics was my favourite subject in school, and I nearly studied it at university. Learning about the atomic world excited me. It was like abstract Star Wars.”

Mogwai’s Stuart Braithwaite says: “The Atomic soundtrack is one of the most intense and fulfilling projects we've taken on as a band. Ever since we went to Hiroshima to play and visited the peace park this has been a subject very close to us. The end results, both the film score and the record are pieces I'm extremely proud of.”