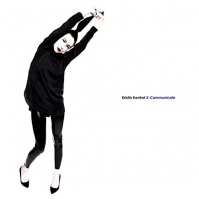 Sometimes you have to rip it up and start again. It was a tough call for Dee Dee. Dum Dum Girls was her guise for the better part of a decade, an outlet through which she had crafted an instantly identifiable body of work. Demos made in a studio apartment on a nylon string guitar and posted on to a Myspace page pricked the ears of various labels including Sub Pop who the band signed with. From there, Dee Dee assembled her group of badass, black-clad cadets and toured the world. Over the course of three albums, four EPs, and a bold brace of singles, Dum Dum Girls morphed from the girl-group-gone-bad moves of debut album \'I Will Be\' (2010), to the plush noir-pop of 2014\'s \'Too True\', with its motorik beats and svelte harmonies a dark heart burning bright. But sometimes the project you pour your soul into ends up hemming you in. As her music evolved, Dee Dee found that she would be forever refracted through the prism of Dum Dum Girls\' early work retro-leaning female harmonies, a backdrop of lo-fi, fuzzed-up guitars. At the top of 2015, she decided to shed her skin, ditching Dee Dee for her real name, Kristin, and adding Kontrol. It was a spontaneous idea - but it resonated with her.A  As Karen O once counseled her, it may be a leap into the unknown, but little risk means little reward. Her challenge was to start fresh, and go further back into her relationship with music. Her goal was to sweep all her loves together into one genre-less experience. \"The first music I felt was mine was classic 80s pop and 90s R&amp B, from Tiffany and Debbie Gibson to Janet Jackson and Madonna, to TLC and SWV,\" she says. \"But for years I was hellbent on the rock\'n\'roll thing, revering Joan Jett, Patti Smith, Chrissie Hynde\" -- a rebellion against her classical vocal training -- \"but with Kristin Kontrol I just wanted to try it all....I thought I\'m Kate Bush covering Mariah.\" Arguably the biggest shift beyond the music is that, as Kristin Kontrol, she tells her stories using a sonic palette splashed with bold pop melodies, her vocals showcasing a range hitherto unexplored. The songs that emerge from Kristin\'s universe are familiar but unique. You can hear the touchstones of new wave, R&amp B, synthpop, krautrock, postpunk, and even reggae, but X-Communicate uses genre rather than adheres to it, with a distinct nod to the present. LP - Black Vinyl with Download. LP+ - Limited Loser Coloured Vinyl with Download. TapeA  - No Download Included.