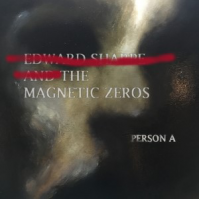 Edward Sharpe and the Magnetic Zeros

Edward Sharpe and the Magnetic Zeros, the 10-piece musical collective from California best known for their singles #Man On Fire# and the platinum selling #Home#, is back with their fourth album PersonA. We#ve been on for a while now, frontman Alex Ebert wrote on a Facebook post when they released first track #Hot Coals#. But it#s like we just turned on a new page in the old book with the inscription: serve your power and work beyond reason. Recording the music almost entirely in one room together in New Orleans, their approach was a far cry from the come-one-come-all production of their previous albums. This is the first where the band contributed on the majority of the song writing while they maintained their DIY mentality. The ever-evolving group also had to deal with the departure of vocalist Jade Castrinos in 2014. We had long been a social experiment first and musicians second. Over time, though, we were emerging, by virtue of hours spent, into a group of musicians who could really play together. When Jade left, that confirmed our new fate - music first. We seem to be done for now with distractions from the music itself, the bones of it, says Ebert