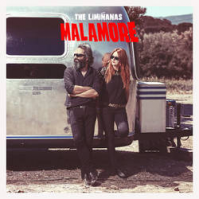 Working in the sweetly swinging tradition of Serge Gainsbourg and the ye-ye sound of the '60s, the Liminanas have a sound that blends sunny psychedelia with vintage pop. Based out of Perpignan, France, the group is composed of drummer and sometime vocalist Marie Liminana and bassist, organist, and jack-of-all-trades Lionel Liminana, as well as a host of guest vocalists including MU. With its combination of fuzzy organ, half-spoken / half-sung vocals, and vintage production, the band captures the sexy, ultra-hip sound of classic French pop. After releasing a series of singles, the duo released its self-titled debut in 2010 through the Chicago label Trouble in Mind. The band continued to crank out singles, and a second album, 'Crystal Anis', followed in the summer of 2012. After taking some time to revamp the Liminanas' sound to introduce more elements of French and Italian soundtrack music, the duo returned quickly with its third album for Trouble in Mind. 'Costa Blanca' was issued in late 2013. The band are now back with a new release 'Malamore'