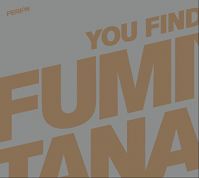 You Find the Key

The long awaited new full length album by techno legend Fumiya Tanaka. Easily Japan's most talented and knowledgeable techno DJ, Fumiya Tanaka brought the sound of minimal, intense techno to Japan during the early '90s, and introduced thousands of club-goers to the best Detroit and German producers via his club nights around Osaka and Tokyo. Born in Kyoto, Tanaka listened to and played in punk bands as a teen, then entered the dance scene in 1990 via house, techno, and hip-hop. He began DJing soon after, and formed Japan's first electronic dance label, Torema Records, in 1993 for his own stripped-down productions. By 1995, Fumiya Tanaka released his first mix album, 'I Am Not a DJ', on Torema, which by then had gained major distribution through Sony. Later that year, he set up Untitled Records, who paved the way for more experimental techno via the compilation 'Abstract Set 1'. Soon he was spinning around the world - often in the company of DJ heroes Jeff Mills, Derrick May, and Dave Clarke - and not long after, the European techno cognoscenti realized that Tanaka wasn't just one of the best DJs in Japan, but around the world. Another DJ album, 1996's 'Mix-Up, Vol. 4', prefaced the release of his first production album 1998's 'Unknown Possibility, Vol. 1'. Tanaka also worked on production for the debut album from Takkyu Ishino of Japan's Denki Groove.