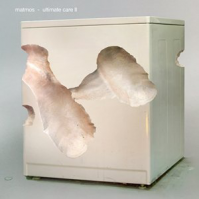 Having previously built records from the sounds of plastic surgery and the nerve activity of a crayfish, electronic conceptualists Matmos have announced a new album constructed entirely from noises generated by a Whirlpool Ultimate Care II washing machine.

The album runs as a single, continuous 38-minute track where listeners experience “an exploded view of the machine, hearing it in normal operation, but also as an object being rubbed and stroked and drummed upon and prodded and sampled and sequenced and processed by the duo”.

Several guests have thrown their own dirty linen in the pile, include Dan Deacon, Max Eilbacher and Sam Haberman of Horse Lords, Jason Willett of Half Japanese and Duncan Moore of Needle Gun, either by playing the machine like a drum, processing its audio, or sending MIDI data to the duo’s samplers. - Factmag