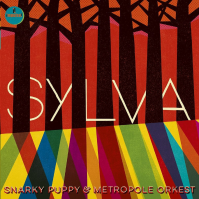 Michael League's collective is the new jazz sensation. Since 2004 the Brooklyn-based group has been provoking unprecedented excitement, with a Grammy Award in January 2014 and their most recent album never out of the charts. To unanimous praise from the critics, the Snarky Puppy band has tirelessly gone onstage (almost 200 concerts per year worldwide!) to meet audiences in ever-increasing numbers.
2015 will definitely be a great year for Michael League and his group with the release (due in April on the legendary impulse! label) of Sylva, their project with the famous Metropole Orkest. ...