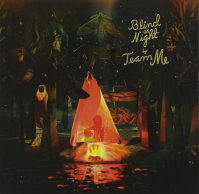 "Blind As Night is an intriguing slab of icy, Kate Bush-esque, string-stalked prog pop, but The All Time High is the euphoric killer, resembling The Polyphonic Spree base-jumping off an erupting Krakatoa" NME "A highly accomplished main stage proposition" The Line Of Best Fit "Complex, majestic pop" Q Magazine After forming quite quickly back in 2010, Team Me went on to play over 250 shows in two years, including appearances at Latitude and Roskilde, and earned themselves a Norwegian Grammy for 'Best Pop Album' for their debut 'To The Treetops' in 2011 and two Independent Music Awards along the way. Taking a break from one another to pursue other commitments and reflect amidst the forests and nature of their hometown of Elverum, the group reconvened in one of Norway's oldest analogue studios outside of Oslo in September 2013 to begin work on their second album. The recordings were completed in an old farmhouse that the band rented in their hometown. Using their local knowledge to seek out some unconventional recording locations and recruiting a children's school choir, the album began to take shape with their trademark upbeat guitar pop sound taking even more of a dark and deep lyrical undercurrent than their first offering.